The Ultimate Guide to Avoiding Bankruptcy Listen to The Ultimate Guide to Avoiding Bankruptcy:

There’s a way to be 100% certain you’ll never need to file for bankruptcy.

I’ve been a bankruptcy lawyer for over 25 years. Gene Melchionne has been representing people in bankruptcy court for longer than that. Between us, we had both played armchair quarterback enough times to know the exact point in a client’s life when financial distress was all but certain. Using that knowledge, we figured we could put together a roadmap to help people avoid bankruptcy.

We sat down and prepared the ultimate checklist of ways to be 100% certain you’ll never have to see the inside of a bankruptcy court. And in this episode of Money Wise Law, we reveal the secrets to you.

Our list is meant to be a farce, but under it all there is a simple truth: there is no way to be absolutely certain you’ll never need the protection of the bankruptcy court.

Life is unpredictable, and your fortunes can change in an instant. Marital upheaval, an illness, job loss, or minor rent increase can throw even the most carefully planned household budget into disarray. Bankruptcy exists as a hedge against the risks inherent in modern life.

Enjoy the shenanigans, and consider whether there’s ever been a time in your life that you were close to needing bankruptcy. 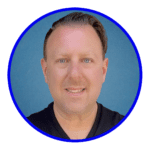 Since I became a lawyer in 1995, I’ve represented people with problems involving student loans, consumer debts, mortgage foreclosures, collection abuse, and credit reports. Instead of gatekeeping my knowledge, I make as much of it available at no cost as possible on this site and my other social channels. I wrote every word on this site.

I’ve helped thousands of federal and private student loan borrowers lower their payments, negotiate settlements, get out of default and qualify for loan forgiveness programs. My practice includes defending student loan lawsuits filed by companies such as Navient and National Collegiate Student Loan Trust. In addition, I’ve represented thousands of individuals and families in Chapter 7 and Chapter 13 bankruptcy cases. I currently focus my law practice solely on student loan issues.

I played a central role in developing the Student Loan Law Workshop, where I helped to train over 350 lawyers on how to help people with student loan problems. I’ve spoken at events held by the National Association of Consumer Bankruptcy Attorneys, National Association of Consumer Advocates, and bar associations around the country. National news outlets regularly look to me for my insights on student loans and consumer debt issues. Can’t Pay Your Debts? Here Are Your Options May 11, 2021
SEND A TEXT
SCHEDULE AN APPOINTMENT
CALL THE OFFICE